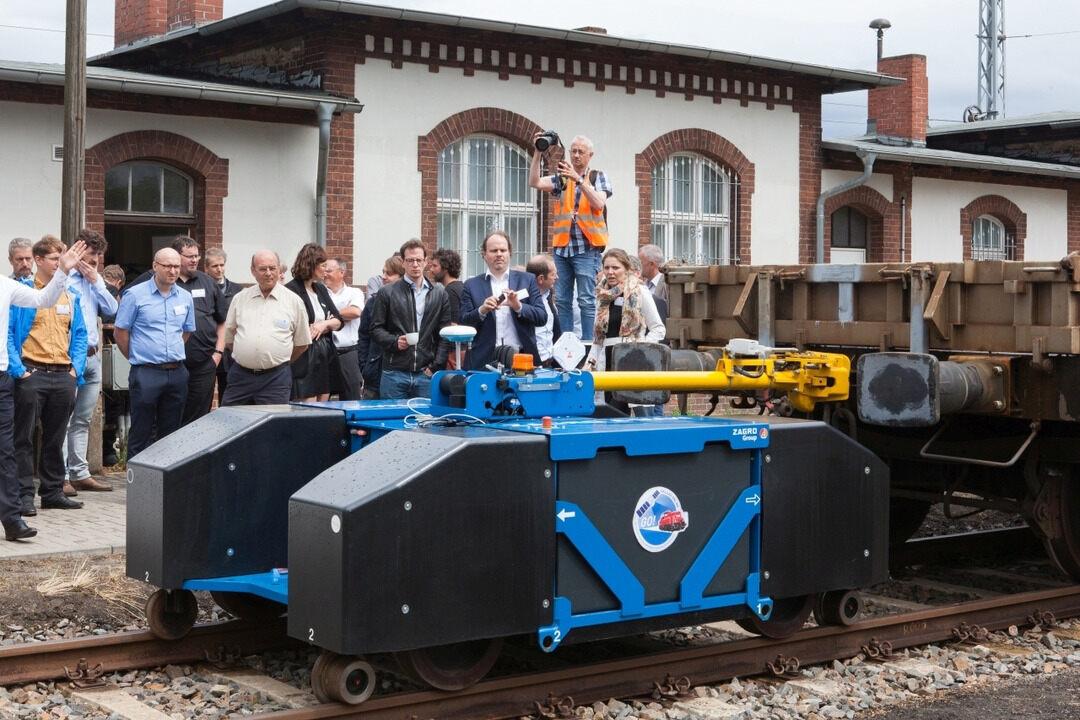 © IRT/RWTH A demonstrator vehicle during a live demonstration of an automatic sorting process at the Rail & Logistic Center Wustermark, in front of invited guests from the railway sector. 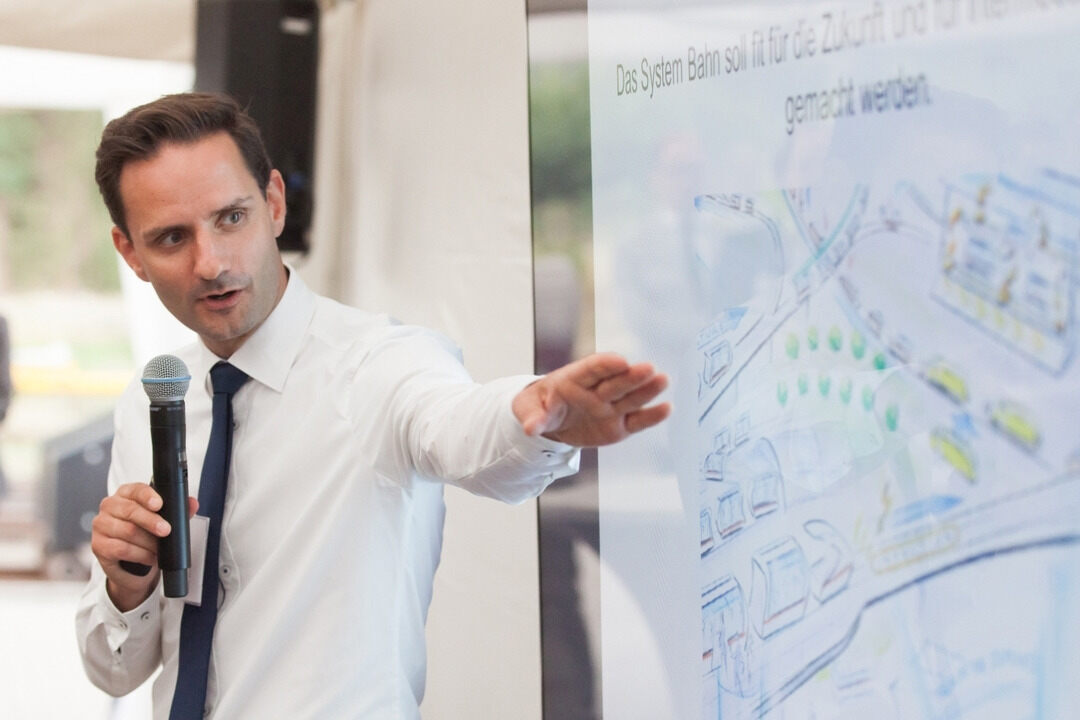 © IRT/RWTH Dr. René Zweigel presents the vision of an autonomous railway world. The »Galileo Online: GO!« project can significantly contribute to making this vision a reality.