You Are Here: Heike Vallery Offered Appointment as Humboldt Professor at RWTH 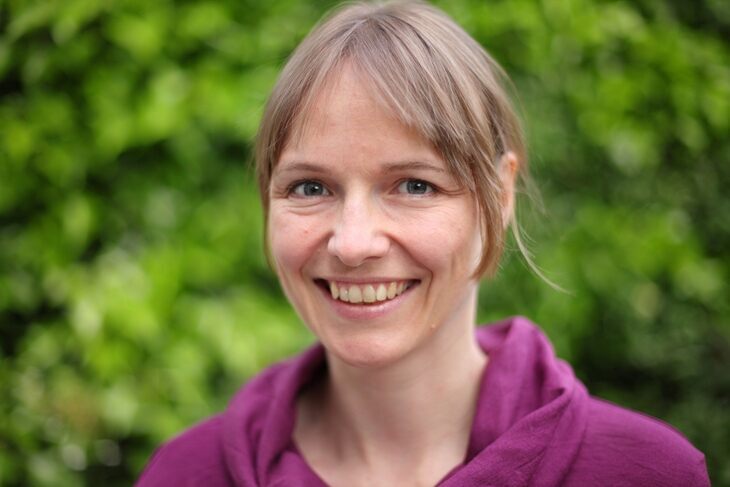 The internationally recognized researcher works at the crossroads between mechanical engineering and medicine. A key focus of her work is developing robotics applications for individuals with motor impairments.

Mechanical engineering professor Heike Vallery has been selected as one of ten researchers to be offered an Alexander von Humboldt Professorship in Germany. She is scheduled to take up her new role at RWTH's Faculty of Mechanica Engineering in January 2023. Vallery, currently a professor at Delft University of Technology, is an internationally recognized researcher working at the crossroads between mechanical engineering and medicine. Her theoretical and applied work on robotic devices for assisting human movement is paving the way for medical technologies that are accessible to all motor-impaired individuals.

Based on fundamental theoretical analysis, she developed guidelines for robots that assist people with movement. She designed the first 3D robotic therapy environments that provide gait training and developed wearable devices that improve balance, for example in stroke patients. She has been working closely with clinicians and industry partners on technology-assisted rehabilitation and prosthetic legs.

For Heike Vallery, accepting the appointment offer would mark a return to her alma mater in a professional capacity. In 2004, she received her mechanical engineering degree with distinction from RWTH. After completing her doctorate at TU Munich, she worked as a postdoc at ETH Zurich from 2008 to 2011. At that time, she and her team started to implement several transparent robotic interfaces for 3D gait training, enabling groundbreaking research on recovery from spinal cord injury. From 2011 to 2012, she was an assistant professor at Khalifa University in Abu Dhabi; in 2012, she joined Delft University of Technology in the same capacity.

As a full professor at TU Delft, she has been working on minimalistic and unconventional concepts to support human gait and balance. Since November 2019, she has held an honorary professorship at the Department of Rehabilitation Medicine at Erasmus MC in Rotterdam.

Heike Vallery has published in prestigious scientific journals such as Science Robotics and Nature Medicine, filed 15 patent applications, and received various grants and awards, including the first prize of the 2014 euRobotics Technology Transfer Award and a 2016 Vidi Fellowship from the Netherlands Organization for Scientific Research.

During the COVID-19 pandemic, Vallery co-led Project Inspiration at TU Delft, an initiative to bring respiratory technology to low-income countries by empowering local companies to produce the devices themselves. Again and again, she succeeded in translating her high-profile research into successful products.

“Professor Vallery's research is driven by her vision to empower people with motor impairments. Realizing this vision requires technology that interacts with the user, is safe and easy to use under all conditions – for both medical staff and patients – and provides significant functional benefits. Vallery has made important contributions to all four requirements – with tangible impact. We are pleased that she now has the opportunity to continue this research at RWTH. With her approach at the interface between mechanical engineering and medicine, she is an excellent fit for RWTH and for our understanding that global challenges can only be solved through the collaboration between disciplines,” said Professor Ulrich Rüdiger, Rector of RWTH Aachen University.

Awarded since 2009, the Alexander von Humboldt Professorships are funded by the Federal Ministry of Education and Research. Worth up to five million euros, it is the most valuable international research award in Germany. At the time of nomination, the candidate must work abroad and be an internationally recognized expert in their field. An interdisciplinary selection committee of the Humboldt Foundation decides on the award recipients. The aim is to sustainably enhance Germany's international competitiveness as a location for science and research.