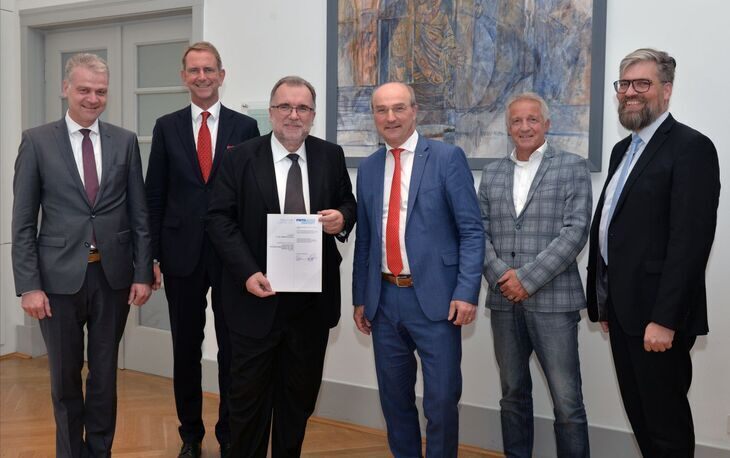 President of the Federation of German Industries (BDI) awarded with the honorary doctorate.

Russwurm has been connected to RWTH since 2012 when he joined the University Board of Governors, which he was a member of until 2017. The engineer was also instrumental in shaping the establishment of the Siemens Center of Knowledge Interchange at RWTH for Siemens, his employer at the time, and closely guided RWTH’s successful application process for the "Internet of Production" Cluster of Excellence.

"Professor Russwurm is a man who likes to take on a challenge. If you present him with a difficult task, he happily rolls up his sleeves and really makes the best of it,” explained Professor Günther Schuh in his laudatory speech, director of the Laboratory for Machine Tools and Production Engineering (WZL) of RWTH.

Russwurm is chairman of the supervisory boards at thyssenkrupp AG and the Voith Group. From 2008 to 2017, he was a member of the management board of Siemens AG, having previously served as Group Executive for Medical Technology at the company. Russwurm studied manufacturing engineering at Friedrich Alexander-Universität Erlangen- Nuremberg, where he also earned his doctorate, before joining Siemens AG in 1992.