You Are Here: Suppliers and Service Providers in the Rhenish Mining Area Join Forces in Mine ReWIR e.V. to Prepare for Coal Phase-Out

Suppliers and Service Providers in the Rhenish Mining Area Join Forces in Mine ReWIR e.V. to Prepare for Coal Phase-Out 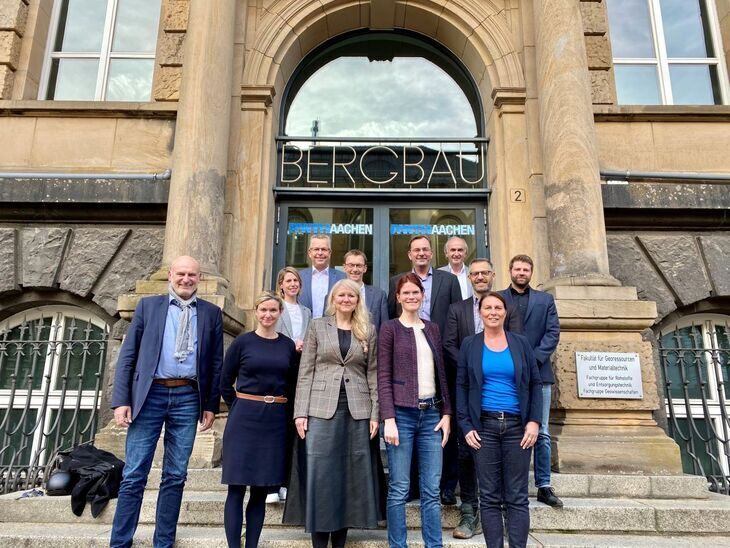 Coal is on the way out, but the competencies stay! That was the motto for the founding meeting of “Mine ReWIR e.V.” on October 4, 2022, in Aachen. Mine ReWIR e.V. is a non-profit association for and of companies directly affected by structural change in the Rhenish mining area.

In 2020, the alliance already launched Mine ReWIR as a project funded by the German Ministry of Education and Research (BMBF) and it was thus the first initiative for directly affected suppliers and service companies in the Rhenish lignite industry. Under the leadership of two RWTH units – the Institute for Advanced Mining Technologies and the Human Technology Center – more than 50 regional companies and multipliers, including business development agencies, chambers of commerce, and regional agencies, joined the alliance within just a few months to jointly work out possible future paths for these directly affected companies.

Essentially, the aim is to help boost and develop these companies’ diverse competencies. In particular, this shall be achieved by increased collaboration between scholars and (medium-sized) companies and, in effect, lead to positive prospects for the companies in the region. This is intended to prevent the threat of devaluation of skills and progressive deindustrialization, promote science-oriented innovation and strengthen the region’s industrial backbone.

“Together with RWE Power, we have identified more than 350 directly affected companies that generate significant revenue from regional lignite extraction and power generation, and it is important to find solutions for these companies,” says Professor Elisabeth Clausen, initiator of the alliance and head of the Institute for Advanced Mining Technologies at RWTH Aachen University. “These solutions must be tailor-made and developed in collaboration with the companies, which are predominantly medium-sized yet extremely diverse with varying skill profiles,” adds Clausen.

Now a non-profit association is to continue the initiative and activities. “The future can only be shaped together, and that’s what we want to tackle very concretely in Mine ReWIR e.V.,” says Meike Jungbluth, Managing Director of the Roskopf Group of Companies from Aachen and newly elected Chairwoman of the Association. “We want to offer companies a platform and concrete opportunities for networking and structured exchange, but also spaces and workshops for developing and testing new solutions. And we hope that the work of the association will give the concerns of the companies directly affected more visibility in the region in the future,” Jungbluth continues.

The association aims to help create a long-term innovation network in the region, in which new forms of collaboration between research institutes and companies and between the companies themselves can be developed and tested. Close cooperation with other partners, especially in the area of advanced training, is also planned so that people and their skills do not become less important or valuable in these times of structural change - but rather that they gain new meaning.