RWTH Aachen University’s strengths lie not just in teaching and research: On 14 November 2011, the University was presented with the "German Diversity Award" in the category "Best Diversity Employer in Germany - Public and Social Institutions." At the award ceremony held at the Langen Foundation, Neuss, Professor Rita Süssmuth, a former president of the German parliament, presented RWTH’s Vice-Rector for Human Resources Management and Development, Professor Doris Klee, with the award. 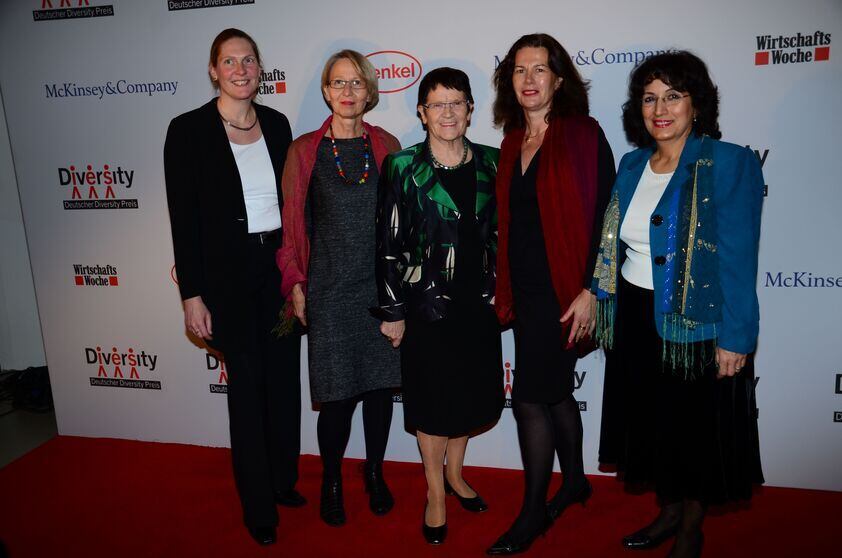 Also present at the award ceremony were Professor Carmen Leicht-Scholten and Dr. Andrea Wolffram from the University’s Gender and Diversity Management Team.

Professor Klee showed herself delighted with receiving the award: "This prize encourages us to continue our efforts to foster a culture of diversity at RWTH. The University can only maintain its competitive edge if it takes advantage of the knowledge and experience of all people, irrespective of their gender, origin, family conditions, or disability. For this reason, RWTH will continue to seek to recruit people with different backgrounds."

The German Diversity Award, which was created by the companies Henkel and McKinsey as well as the economics journal Wirtschaftswoche and which is supported by the "Charta der Vielfalt" initiative ("Charter of Diversity"), recognises and rewards employers, individuals and innovative projects that seek to implement diversity initiatives and that promote a working culture characterised by diversity.

At the award ceremony, which was attended by about 200 representatives from politics, cultural institutions, the media, as well as business and industry, German Chancellor Angela Merkel was elected "Diversity Personality of the Year."