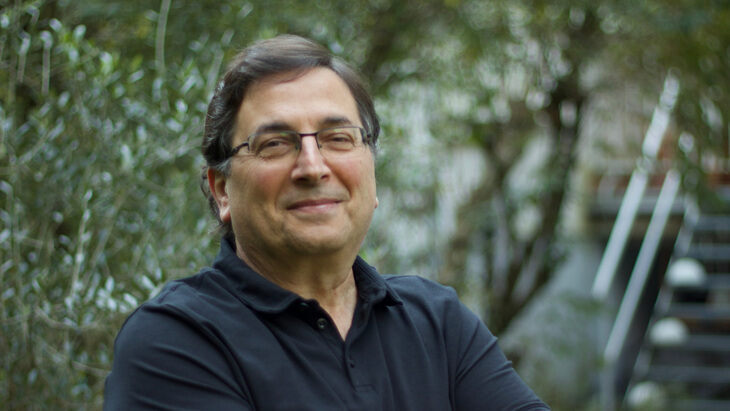 The computer scientist has set new standards in the field of automated planning.

His research in the field of artificial intelligence is recognized worldwide: Hector Geffner is considered a thought leader in automated planning and has been devoting himself to machine learning techniques in this area for several years. Now the Argentine-born computer scientist Hector Geffner has been awarded an Alexander von Humboldt Professorship and thus has the opportunity to transfer from Spain to the Department of Computer Science at RWTH Aachen University on January 1, 2023.

Currently, Professor Geffner conducts research at the Catalan Institution for Research and Advanced Studies, is founder and director of the AI Lab at Pompeu Fabra University in Barcelona, and has been a Wallenberg Visiting Professor at Linköping University in Sweden since 2019. Previously, he was at the IBM Thomas J. Watson Research Center and the University Simon Bolivar in Venezuela.

Since 2009, the Federal Ministry of Education and Research has been funding the Alexander von Humboldt Professorships. Worth up to five million euros, the Humboldt professorship is the most valuable research award in Germany. in 2020, additional Humboldt Professorships for Artificial Intelligence were created. Eligible to be nominated for the professorship are internationally recognized researchers who are exploring artificial intelligence technologies, their applications, and their societal impact. At the time of nomination, the candidate must work abroad and be an internationally recognized expert in their field.

An interdisciplinary selection committee of the Humboldt Foundation decides on the award recipients. The program aims to sustainably strengthen the international competitiveness of Germany as a place to conduct research. Geffner was nominated by RWTH for the Alexander von Humboldt Professorship in Artificial Intelligence. He is one of only two high-profile researchers to be offered Humboldt professorships for Artificial Intelligence this year.

A computer scientist, he completed his doctoral dissertation at the University of California at Los Angeles in 1989 on the relationships between logical, probabilistic, and causal inference. In the 1990s, his research shifted to the area of planning, one of the key areas in Artificial Intelligence since its beginnings. Complex tasks require logical action planning, that is, actions that follow one another in a certain way so that a defined goal can be achieved. In this field, Hector Geffner is one of the most influential researchers worldwide.

Enabling computers to plan actions autonomously and adapt them to changing circumstances is a highly complex task – what children learn intuitively or by trial and error can only be programmed with great effort. Geffner's work includes theories based on logic, probability, heuristics, and algorithms, as well as practical computational experiments. Together with his team, he established the so-called heuristic search as a special form of planning that became the general standard.

Again and again, the generalizability of his methods has been emphasized, as they are not tailored to specific areas of application only. In 2020, he received an ERC Advanced Grant for the project “From Data-based to Model-based AI: Representation Learning for Acting and Planning,” which addresses the problem of how action descriptions can be learned automatically from data.

Hector Geffner’s research will become another central building block of RWTH’s activities in AI research. At RWTH, the Center for Artificial Intelligence has been established to pool expertise in this increasingly important field. Two Alexander von Humboldt professors, Wil van der Aalst and Holger Hoos, are already actively involved in the Center. “The establishment of the AI Center highlights the key strategic role AI plays at RWTH. The Center promotes both the development of AI methods and their translation into applications,” said Professor Ulrich Rüdiger, Rector of RWTH Aachen University. “With his research focus on representational learning for action and planning, Professor Geffner will be able to fill a crucial gap,” adds the spokesperson for the department, Professor Gerhard Lakemeyer.