You Are Here: Exploring the Smallest Structures

Thomas Taubner worked alongside Nobel Prize winners and other top researchers at Standford University in California.  Thanks to a DAAD scholarship, the professor of metamaterials and nano-optics at the Department of Experimental Physics at RWTH Aachen University had the opportunity to further his research in the field of plasmonics, i.e. optics with metallic nanostructures, for two years in California. 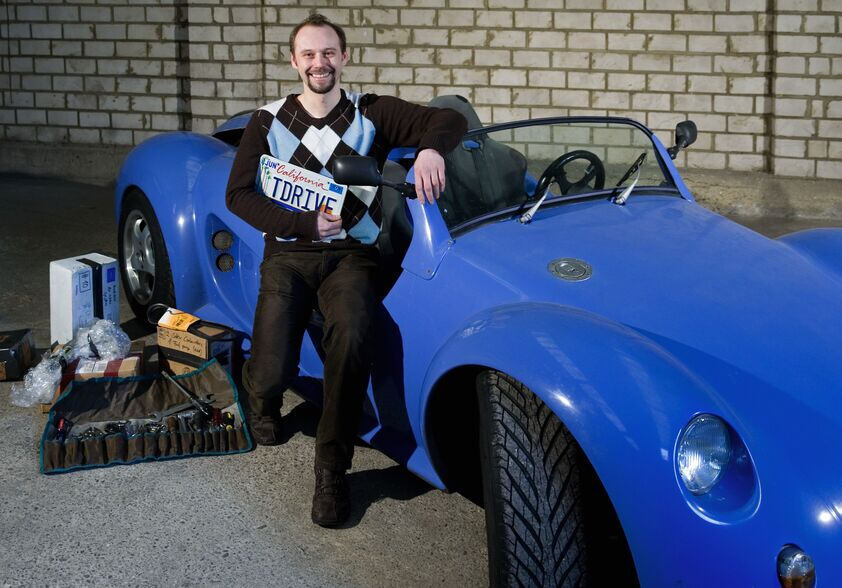 "The combination of the relaxed environment and the flat hierarchy in America and German efficiency is a good foundation for science," says Taubner. North Rhine-Westphalia’s "Rückkehrerprogramm" or "Returner Program" brought the scientist back to Aachen. It offers excellent young scientists the chance to create a research group at the university of their choice in NRW, after returning from abroad. The federal state supports every group with up to 1.25 million Euros over 5 years. Taubner chose RWTH: "Fundamental research and product development with the Fraunhofer Insitute for Laser Technology were determining factors in my decision to work in Aachen," emphasized Taubner.

"Every small object is surrounded by electromagnetic near-fields when illuminated. However the intensity of these fields decreases very quickly, the further it is from the object," explained the physicist. Together with the Fraunhofer Institute for Laser Technology, he developed a special laser with infrared light, that makes it possible to obtain chemical information from nanostructures with a special resolution that has not been reached until now.

To do this, a very refined probe tip scans the surface and creates a high-resolution optical microscopy. "Picture the microscope probe tip like the needle on a record player, lit with infrared light, that then works like a lightning rod," illustrated Taubner. The light is collimated so that structures smaller than 10 nanometers are differentiable.

Findings in near field microscopy can be applied in the development of future non-volatile data memories, since even the smallest details are recognizable with the higher spatial resolution.